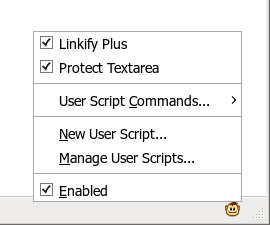 Later versions of Greasemonkey added a menu to this, and it was dubbed the Monkey Menu. This menu largely mirrors that menu which is available under the Tools menu.